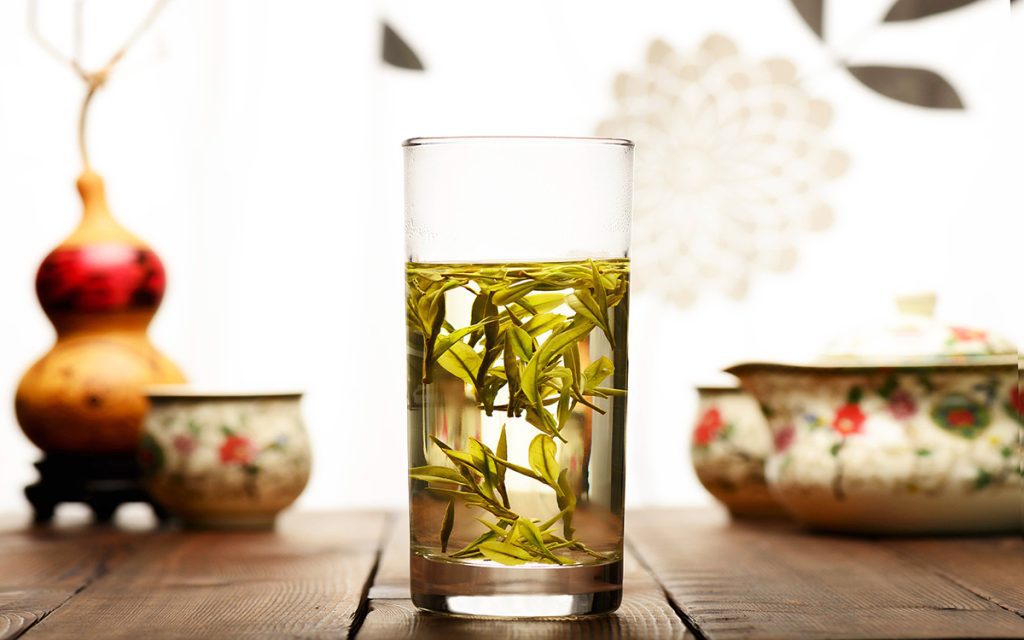 Tea planting, tea making, and tea drinking all originated in China. As a world-class traditional beverage, tea ranks first. It has been made clear that tea contains more than 700 compounds, many of which are unique to tea, and have nutritional, health and pharmacological effects to improve human health. The chemical components of tea contain below 9 main ingredients.

Tea Polyphenols is also known as Tea Tannin or Condensed Tannin. It is the general term for phenolic compounds in tea. There are more than 30 kinds of compounds, mainly composed of flavanols (catechins), flavones, flavonoids, anthocyans, 4-hydroxyflavanols(Leucoanthocyanidin), phonolic acids and depsides, etc. five types of compounds. Among them, catechins account for 70% of the total tea polyphenols. It is the main ingredient that determines the color and taste of tea soup. Tea polyphenols are easily soluble in water, and their oxidation products can combine with proteins to precipitate; easily react with iron-containing compounds to produce blue-black compounds. TP is the most important ingredient in all chemical components of tea.

The alkaloids in tea are mainly methylxanthines. Among them, the most content is caffeine, which accounts for 2% to 4% of the dry matter content, followed by theobromine, which accounts for 0.05%, and theophylline, which accounts for 0.002%. Their pharmacological effects are very similar; all have the effect of exciting the central nervous system. Caffeine is easily soluble in hot water and begins to sublimate at temperatures above 120 ° C, and volatilizes at a high temperature of 180 ° C. Caffeine has a great influence on the quality of tea, and is an important taste compounds in tea, especially the bitter taste in green tea is often related to the high content of caffeine.

Aromatic compounds in tea are the general term for volatile substances in tea. In the total content of tea chemical components, the content of aromatic compounds is not much, but there are many types, generally 0.02% in umami, 0.005% ~ 0.02% in green tea, and 0.01% ~ 0.03% in black tea. According to the source, a small part of these compounds is the product of the tea’s own metabolic process, and most of compounds are formed in the process of tea processing; according to the chemical structure, such compounds can be divided into hydrocarbons, alcohols, aldehydes, ketones, acids, esters, phenols, sulfides, oxides, nitrides, etc. So far, about 700 kinds of aromatic compounds have been isolated and identified.

The aroma of tea depends mainly on the combination and concentration of these compounds. In general, the aromatic components of black tea are mainly aldehydes, ketones, acids, esters, etc., which are mostly produced by the enzymatic oxidation process of the tea itself, and have a natural sweet smell; while green tea is mainly composed of nitrogen-containing compounds (such as pyrazines, pyrroles, quinolines, and pyridines) and sulfur-containing compounds (such as thiophene, thiazole, and dimethyl sulfide), which are mostly formed by thermal conversion during processing, and have a typical roasting aroma.

The pigments in tea can be divided into two categories: one is fat-soluble pigments. Mainly chlorophyll (chlorophyll A and chlorophyll B), carotenoids (lutein and carotene), folic acid, proant hoeyanidins, leucoanthocyanidin, and pheophytin, they are insoluble in water, but soluble in organic solvents. Such pigments have a great influence on the color of tea appearance and brewed tea leaf. The second is water-soluble pigments, mainly flavones, anthocyans, and other tea polyphenol oxidized products (such as thearubigins, theaflavins, theabrownins, etc.), which can be dissolved in water. Such pigment determines the color of tea soup.

The protein content in tea accounts for 20% to 30% of the dry matter, and the protein content that can be soluble in water and directly used is only 1% to 2%. This part of water-soluble protein is one of the ingredients that form the taste of tea soup. The proteins in tea tree can be roughly divided into albumin (3.5% of total protein), globulin (0.9%), prolamin (13.6%), and gluten (82%).

Amino acids are the basic compounds that are composed of proteins, and their content accounts for 1% to 4% of the total dry matter. Because the tea is picked when it is green and tender, it is rich in free amino acids and more than 20 kinds. Among them, theanine, glutamic acid, arginine, serine and aspartic acid are higher in content, especially theanine has the highest content, which generally accounts for 0.4% to 3% of the dry matter of tea, and accounts for free amino acids in tea More than 50% of the total amount.

The amino acids, this chemical components in the tea, especially theanine, are important ingredients for forming the aroma of tea and fresh and brisk of tea taste, and are very closely related to the formation of the aroma of green tea.

Theanine also has the following effects:

The carbohydrate content in tea accounts for 25% -40% of the total dry matter. There are three types of carbohydrates in the chemical components of tea:

Organic acids can be divided into two categories: one is dicarboxylic acid and hydroxy polycarboxylic acid (containing two carboxyl groups or more carboxyl groups in the molecule), such as succinic acid, malic acid, citric acid, etc.; the second refers to cyclic structure fatty acids , Such as valeric acid, capric acid, ethylene acid, palmitic acid, linoleic acid. Among such organic acids, some are aroma components (such as ethylene acid); some of them have no aroma, but can be converted into aromas (such as linoleic acid); some are good adsorbents of aroma components (such as palmitic acid).

The effect of organic acids in tea on the human body:

Malic acid is directly involved in human metabolism, provides energy to the body, eliminates fatigue, and has the role of protecting the liver, kidneys, and heart; ancillary drugs used in cancer radiotherapy and chemotherapy; improves energy metabolism of brain tissue, adjusts neurotransmitters in the brain, plays The function of restoring and improving memory; promoting the absorption and metabolism of food in the human body, effectively preventing obesity, and playing a role in weight loss; it can delay oxidation, extend shelf life, and maintain the color, flavor and nutritional value of food.

With heat-clearing, detoxifying and sterilizing effects, it has antibacterial properties against microorganisms. The local action of salicylic acid is to dissolve keratin and is used as a keratin softener. Bismuth subsalicylate is a common stomach medicine used to treat diarrhea, nausea, heartburn, and flatulence. It is also a mild antibiotic. Choline salicylic acid is used topically to treat oral ulcers.

Pyruvic acid is an intermediate product of the metabolism of sugar, fat and protein in animals and plants. It can be converted into amino acids or citric acid under the catalytic action of enzymes. It is an important biologically active intermediate.

It is an antioxidant that stabilizes vitamin A in milk.

Although the human body requires very little vitamins, it participates in many major physiological and metabolic processes in the human body and has a great relationship with human health. Therefore, it is an essential nutrient for maintaining life. Tea is rich in vitamins, and its content accounts for 0.6% to 1% of the total dry matter of tea. The vitamins in tea can be divided into two categories: one is water-soluble vitamins, such as vitamin B (B1, B2, B6, B12, folic acid, niacin), vitamin C, vitamin P, inositol etc., of which the content of vitamin C is the highest, especially the content of high-grade fine green tea is higher, and the content can reach 0.5% of dry matter of tea. The second is fat-soluble vitamins, such as vitamin A, vitamin D, vitamin E and vitamin K.

The zinc content in tea is relatively high, especially for green tea. The average zinc content per gram of green tea is 73ug and the highest can reach 252ug, it is also 32ug in black tea; The average iron content in tea leaves is 123ug per gram of dry tea and 196ug per gram of black tea. These elements play an important role in the physiological function of the human body. The highest content is P and K; followed by Ca, Mg, AI, Fe, Mn, S; third amounts of Cu, Zn, Co, Ni, B etc. These mineral have an important role in the metabolic activities of the human body.